The photo and the ghost.

Opera tribute to the festival, “special guest” is a work in which the contemporary world collapses in history. A slight irony, some irreverent parallel, but all in all the site-specific work of Macina draws hospitability and the wait for those coming to dinner, redoing last supper turned into picnic. The plastic cups, the piati the same wonderful material, the bottle of wine and the tablecloth set up outdoors, are signs of a reminder of the history of art and iconography usual, dried to the posterization of the image. But the title also evokes the wait for a guest of honor, as it can be the Savior, in his own way a star of a belief system in which the entire modern world collapsed. Millstone creates ambiguity, enlargements of sense, ie ghosts.
In fact, the guest is not seen, as even her so well his friends portraits in a series of 2006 called “Between”. In the background of other tablecloths, geometry from local market, stand out blurry images of young identity subdued. Above pictures other fingerprints, scratches, dirt in photographic terms, as if to seal a distance, an inability to see things well only for a technical fact, for a given objective.
And fall immaterial category of ghost also previous work, such as “City giocatolo” of 2004 in which the black and white back to the origins of a photographic experimentation that is now history. Among the graffiti and pictures off camera, once again playing with the tracks, Nico Macina was able to give life to something that is not there, maybe because there can be. The black and white gives courtly nobility and to sign objects, it seems that photography stand aside, moving sideways to get something he wants to remain apart from the representation. Signs, traces, ghosts, in fact.
Even in “Between the green and the dry” in 2005 the color makes more narrative pictures, to limit too, but everything evokes something that is not visible, the tracks lead to a reality that means announces without draining it completely.
In all his work Macina works for evocations, as if he had caught the photograph his magical component. In the electronic age there is in these works a loyalty to the idea that what happens inside the camera or cameras is something not completely knowable and made explicit. There is always someone who just went or not yet arrived in these images. The ghosts move objects but never appear completely, otherwise maybe would clear their deception, the precariousness of appearances in exchange of being. 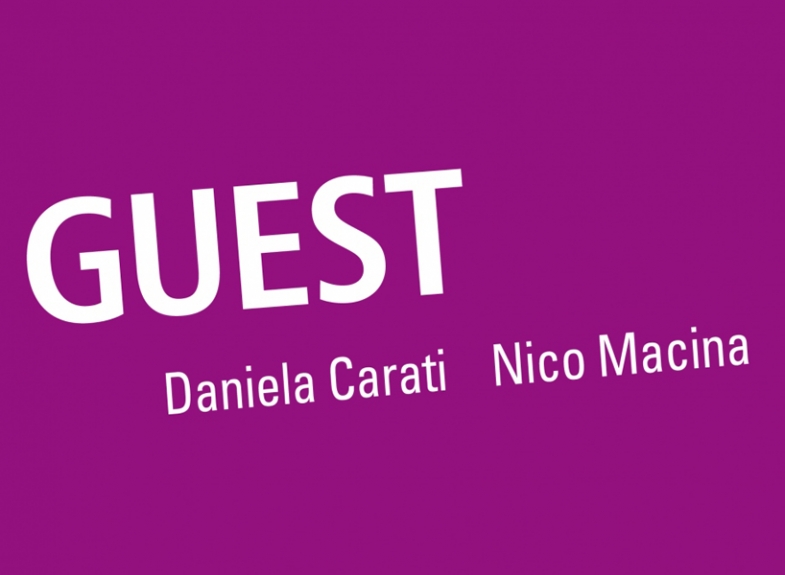