CATALOGO:
OPERA: M. I love you!

What kind of structure is it that Nico Macina has photographed in his explorations of the surroundings of Berlin? Probably the big top of an abandoned fairground. Or simply a residue, as Gilles Clément would say.
The following spring to mind in a scattered order: certain images of the funfair on Coney Island and what that marginal place represents in the imaginary of New York; the photos of Bernd and Hilla Becher; the Bubble House of Tacita Dean; the recent work on bunkers and the villa of dreams by Guido Guidi (even there, in that photo from 1971, the randomness of writing, of a sign, symbolised the atmosphere of an image); Marco Neri’s Mirabilandia, abstract and wintery visions of the well-known Italian fun park.
(Then when I observe the big top of M. I love you!, I think it could also be seen as a monstruous metallic animal, perhaps a huge insect – and, why not, one of the spiders of Louise Bourgeois, but in a certain sense “dressed”, as in “dressed up for a party”.) And here it is, the image of Nico Macina seems to me to contain a double movement. That of a romantic decay, with the earth which swallows, wraps, assimilates. And, like a contrary force, that of the thrust of an imaginary growth, of an excresence (the landscape sometimes struts and spreads its tail like a peacock, an artist once told me). Thus, something drags these images out of the rhetoric of ruins, of the ruin of landscape, of dedadence intended as consumption of that which was anthropic space. The vitality of decaying forms is perhaps wrapped up in a phrase (which also gives the photo its title), that M. I love you! which transforms the big top into an “exuberance of the landscape”, into a possible gift, into a flower.
In a series of photographs from a while ago (b-between), Nico Macina took portraits of some of his friends imprisoning them between two floors of images (one tactile and of the surface recording traces and defects which are connective – reflexes, dust, fingerprints and scratches on the lens – rendering the suffocation of the figure inevitable, and a background of deliberately down-market decorative motifs, like a granny’s placemat).
Instead, in the case of M. I love you! he adopts a powerfully close-up point of view which cuts out of the field of vision a large part of the horizon and the surrounding landscape (which is perhaps another way to create a distance from the rhetoric of ruins spoken of earlier). This closeness, this nearing of the spectator to the architectonic element once again implies the coexistence of at least two distinct levels. That of a tactile surface in the foreground – with blackened stains, the folds, the colours faded by time and with vegetation that presses against the borders of the big top – and that invisible one of an “inside/behind” of the architectonic structure, where the presence of forms of life secretely held apart are imagined and ideally gathered. 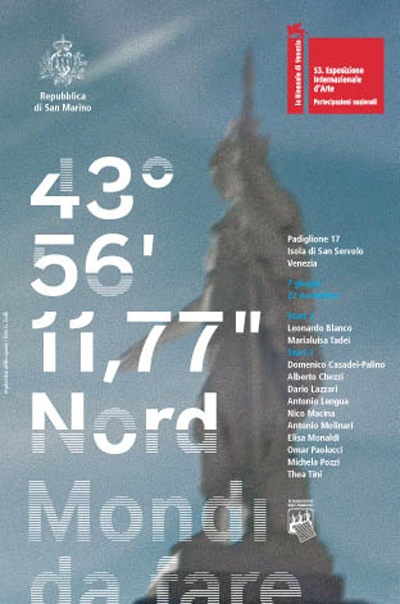